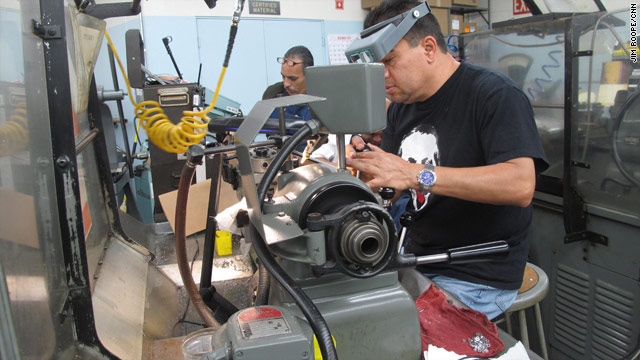 ﻿A lot of Democrats are not happy with President Barack Obama's deal with Republicans to extend the Bush-era tax cuts for all Americans, but many small-business owners are.

CNN Radio's Jim Roope talked with Louie Cardona, owner of Cardona Manufacturing in Burbank, California. The precision machine shop produces parts for everything from cars to aircraft. Cardona explained what benefits a tax cut extension would have for small businesses.

"The main reason, of course, is because it would give us the same tax structure we'd been seeing the past several years," Cardona said. "If I had to pay more in taxes, I wouldn't have the money to reinvest in machinery."

Cardona said his business is about 30 percent down over the past two or three years, and he doesn't see things getting any better soon. So, he would be very happy with the tax cut extension if Congress approves it.

"It gives us more money in our pocket,” Cardona said.

"This really doesn’t have the same stimulus effect as an actual tax cut," Velshi said. "It's an extension of something you are already not paying."

To hear the complete story, click on the audio button.