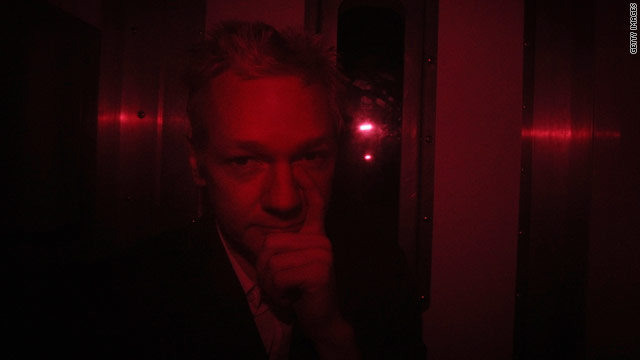 Assange to ask for bail at London court hearing

WikiLeaks founder Julian Assange will reapply for bail at a court hearing Tuesday, as protesters gathered outside the court demanding his release.

The 39-year-old Australian handed himself over London police last week to answer a European arrest warrant over alleged sex crimes in Sweden. The judge denied Assange's first request for bail at a hearing on December 7 on the grounds that there was a risk he would fail to surrender.

Assange is facing accusations of rape, sexual molestation and illegal use of force in separate incidents in August in Stockholm. He could be sentenced to two years in prison if convicted. His lawyers deny the charges and have vowed to fight any attempts at extradition.

WikiLeaks' release of thousands of secret U.S. diplomatic and military documents is also under criminal review in the United States. Last week, U.S. Attorney General Eric Holder said he had authorized "significant" actions related to a criminal investigation into WikiLeaks' publication of the materials but has declined to elaborate.

An attorney for the WikiLeaks founder, citing Swedish authorities, has said a secret grand jury is meeting in Alexandria, Virginia, to consider charges in the release of the documents.