Facebook can continue to block former President Trump but must review the penalty, the company's independent Oversiâ€twitter.com/i/web/status/1â€¦vF 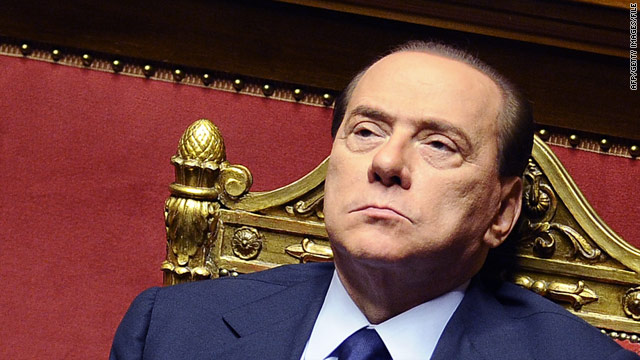 [Posted at 8:27 a.m. ET] Embattled Italian Prime Minister Silvio Berlusconi retained his position by a narrow margin Tuesday after the nation's upper and lower houses of parliament voted in favor of him in a confidence vote.

The last confidence vote for the three-term prime minister was in September.

With so many lawmakers aligned against Berlusconi, however, it may be difficult for him to carry on with his legislative program, said CNN's Dan Rivers.

"There is going to have to be a bit of horse-trading," he noted.

As the lower house vote total was announced, three loud explosions could be heard as protesters threw firecrackers or flash-bang devices at police lines assembled in the area, Rivers said. Several hundred protesters have amassed, and police had shut down a portion of central Rome.

5:51 pm ET May 5, 2021 RETWEET
A pair of new studies that project how much the world's major land ice masses could contribute to sea level rise shâ€twitter.com/i/web/status/1â€¦sk
cnni

4:31 pm ET May 5, 2021 RETWEET
Firefighters in Tennessee had to help bust a 2-year-old boy out of an antique wooden barrel after he climbed in andâ€twitter.com/i/web/status/1â€¦Kq
cnni

4:16 pm ET May 5, 2021 RETWEET
The Board of Control for Cricket in India will help move Australia's entire IPL "cohort" to the Maldives or Sri Lanâ€twitter.com/i/web/status/1â€¦gH
cnni