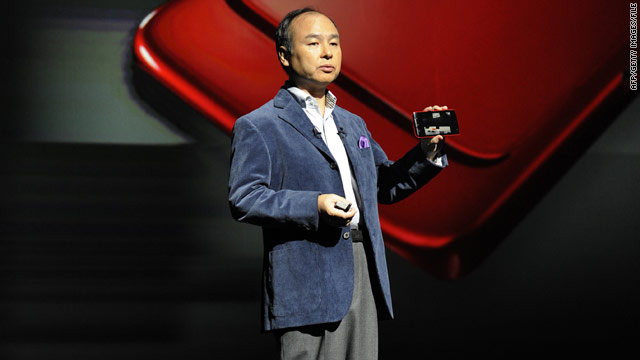 The richest man in Japan is also quite possibly the most powerful man when it comes to the future of Yahoo. You've probably never heard of him, which is why he's even more of a game changer.

He started a joint operation with Yahoo to form Yahoo Japan. And now as the CEO and president of SoftBank, Son is also a majority shareholder in Yahoo's key assets in Asia: Yahoo Japan and Alibaba, one of the biggest Web companies in China.Â  Those assets "along with Yahooâ€™s cash, represent more than half of Yahooâ€™s $22 billion value," according to the New York Times. Oh yeah, he also helped bring the iPhone to Japan.

The Times conducted a lengthy interview with Son talking about the future of Yahoo - recently under scrutiny. Any scenario - merging with AOL, splitting, going private - hinges on Son.

â€śIf I were Yahooâ€™s U.S. CEO, I would have my own view and own approach. But my approach is always riskier. I always take bold moves. So it can have great return, but with great risk,â€ť Son told the New York Times. â€śI would be more aggressive to acquire companies or start a new business.â€ť

Not that he's ready to talk about plans for Yahoo yet.

â€śI shouldnâ€™t make a comment on that,â€ť he told the Times. â€śItâ€™s too delicate a question. Too sensitive right now.â€ť

Talk about making a name for yourself.

When it comes to Facebook, giant names Mark Zuckerberg come to mind. But often it is the unsung heroes - the developers, the artists and even hackers - that come up with the most creative uses for the site.

Artist Alexandre Oudin has made quite a splash by simply playing around with Facebook's new layout. Let's just say, you have to see it to get it.

"I wouldnâ€™t be surprised if his unique way of using notably the 5 images now displayed on the top of a profile page becomes a hit with other users, or sets off a wave of other innovative profile picture displays," TechCrunch wrote.

And apparently, the masses already have caught on. TechCrunch France was already featuring some designs inspired by Oudin's work. And there are several tutorials on YouTube now to create a similar look.

The scuba diver isn't a stranger to water rescues.

For the second time in two years, Marshall, who says he's done nothing special, helped save someone from drowning.

This time, Marshall helped save aÂ  fisherman from a capsized boat in Port Phillip Bay in Victoria, Australia. One man was killed and 11 others were rescued from the scene.

When he saw no emergency help on site, Marshall dove in and found a man who according to local media reports was trapped in an air pocket underneath the overturned boat. Marshall helped steer the man out of the way, and then was able to pull him to the surface.

"He got hit by couple of waves as he came out and then we just saw each other and grabbed hold of each other and pulled him on out," he said. "I think I just did what I'd been trained to do."

One passenger was killed and four injured when a â€śrogue waveâ€ť hit their cruise ship during a storm earlier this wtwitter.com/i/web/status/1â€¦KW4Ki0
cnni

One passenger was killed and four injured when a â€śrogue waveâ€ť hit their cruise ship during a storm earlier this wtwitter.com/i/web/status/1â€¦KW4Ki0
cnni