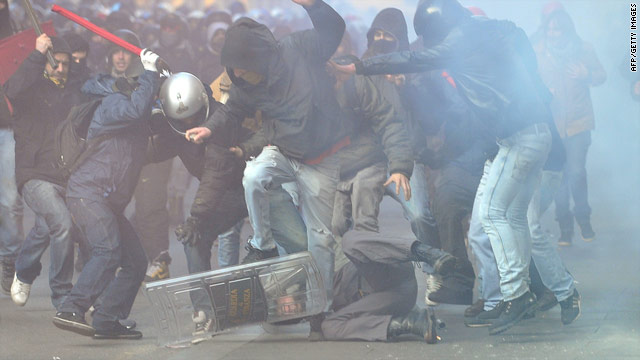 A crowd of several hundred protesters smashed motorcycles and police vehicles as they erupted in violence and clashed with authorities following the votes. Small fires were burning in various spots, and loud explosions could be heard from firecrackers or flash-bang devices.

Police charging down the Via del Corso - one of Rome's main shopping areas - were pushing back protesters "slowly but surely," said CNN's Dan Rivers, but he noted the protesters were "clearly very angry."