USA men's basketball was defeated by France 83-76 in its opening game of group play. The loss ends a 25-game win st‚Ätwitter.com/i/web/status/1‚Ä¶Pr

The US has won its first medals of the 2020 Tokyo Olympics, with American swimmers finishing first and second in th‚Ätwitter.com/i/web/status/1‚Ä¶sB 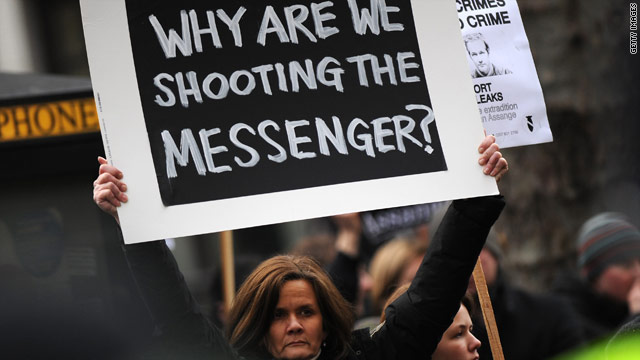 One of the most prominent journalism schools in the United States is asking President Obama and Attorney General Eric Holder not to prosecute WikiLeaks because it would set a "bad precedent for reporters."

"We all believe that in publishing diplomatic cables WikiLeaks is engaging in journalistic activity protected by the First Amendment," according to a letter signed by 19 Columbia Journalism School professors.

Holder is an alum of both the undergrad program and Columbia Law School.

"As a historical matter, government overreaction to publication of leaked material in the press has always been more damaging to American democracy than the leaks themselves," the letter says. READ THE LETTER

The letter argues that prosecuting WikiLeaks would result in "chilling" investigative journalism everywhere, and that legal action against the organization would "greatly damage American standing in free-press debates worldwide and would dishearten those journalists looking to this nation for inspiration."

WikiLeaks' founder Julian Assange is in jail in relation to a sex crime investigation in Sweden - a case that officials say is entirely separate from WikiLeaks or the group's publishing of reams of classified U.S. government and military information. The leak has included diplomatic cables.

This isn‚Äôt just any spaghetti. Enjoy the classic Italian dish packed with a flavorful, zesty twist. Travel to Sictwitter.com/i/web/status/1‚Ä¶13sL
cnni

11:17 am ET July 25, 2021 RETWEET
While billionaires Richard Branson and Jeff Bezos have embarked on their own space race this month, there's one spa‚Ätwitter.com/i/web/status/1‚Ä¶50
cnni