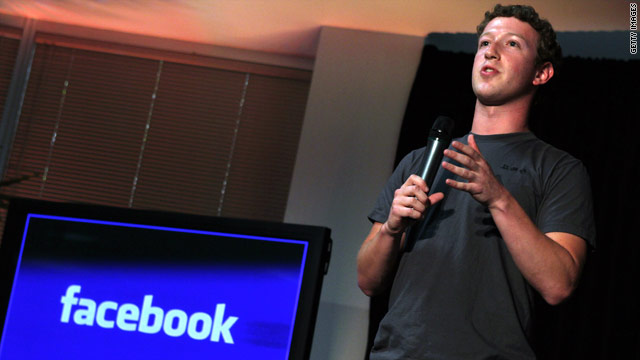 Facebook CEO and co-founder Mark Zuckerberg has been named TIME magazine's person of the year.

Zuckerberg created the widely popular and influential social networking site, which reflects a major transformation in the way people communicate and do business.

"Facebook started out as a lark, but it has changed the way human beings relate to each other. And Mark Zuckerberg is the man who brought us here," TIMEÂ  says on the magazine's website.

TIME's editor, in their letter explaining "Why We Chose Him" wrote the following:

"At 26, Zuckerberg is a year older than our first Person of the Year, Charles Lindbergh â€” another young man who used technology to bridge continents. He is the same age as Queen Elizabeth when she was Person of the Year, for 1952. But unlike the Queen, he did not inherit an empire; he created one ..."

For connecting more than half a billion people and mapping the social relations among them (something that has never been done before); for creating a new system of exchanging information that has become both indispensable and sometimes a little scary; and finally, for changing how we all live our lives in ways that are innovative and even optimistic, Mark Elliot Zuckerberg is TIME's 2010 Person of the Year."

For more coverage on TIME's person of the year, take a look at Zuckerberg in his early years, a photo gallery of life inside Facebook, their own chat with Mark Zuckerberg, what it's like to be working at Facebook.

And then check out who just missed the cut - the the four runners-up for person of the year.