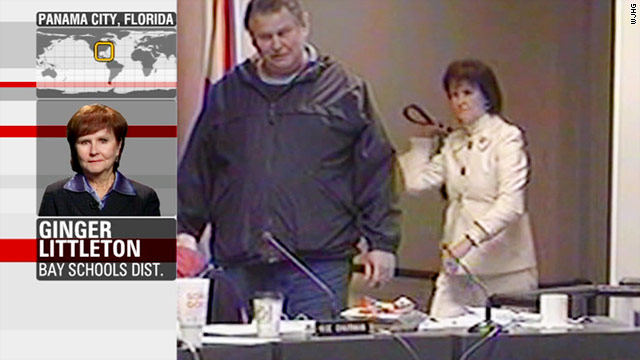 Woman who walloped gunman: 'I was concerned about my guys'

Ginger Littleton took about 30 seconds to decide she was going to use her hand-me-down purse to try to knock a gun out of the hands of the man threatening her colleagues on Tuesday.

In the hours afterward, she'd concede it probably wasn't the best idea. But at the time, she worried she was the only person in position to stop a slaughter at the Bay District School Board meeting in Panama City, Florida.

So Littleton - the one board member the gunman had released, because she was a woman - re-entered the room, sneaked up from behind and swung.

"I was concerned about my guys," Littleton told CNN's "American Morning" on Wednesday.