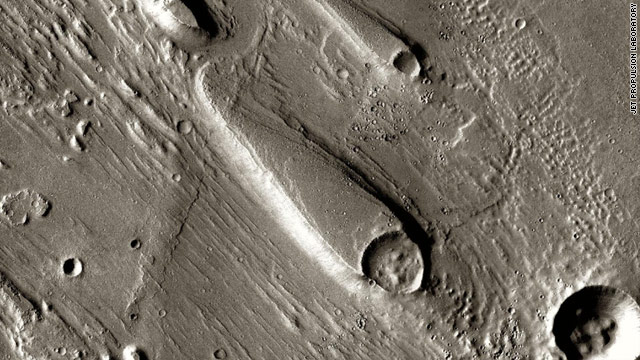 Time for a party on Mars.

NASA's Mars Odyssey spacecraft has been exploring the Red Planet for 3,340 days as of Wednesday evening, making it the longest-serving craft in that neighborhood of space, NASA said.

Odyssey broke the record set by NASA's Mars Global Surveyor, which orbited Mars from 1997 to 2006.

After its launch in 2001, Odyssey detected hydrogen on Mars in 2002. That prompted NASA to launch the Phoenix Mars Lander mission, which confirmed the presence of water ice on the planet in 2008, NASA said.

Odyssey serves as the data storage post and communications relay for several Mars exploration programs, and it will do likewise for the planned landing of the Mars Science Laboratory in 2012, NASA said.

NASA's Jet Propulsion Laboratory, which manages the Odyssey program, this month released a set of spectacular images of Mars' surface shot by cameras on the Odyssey.