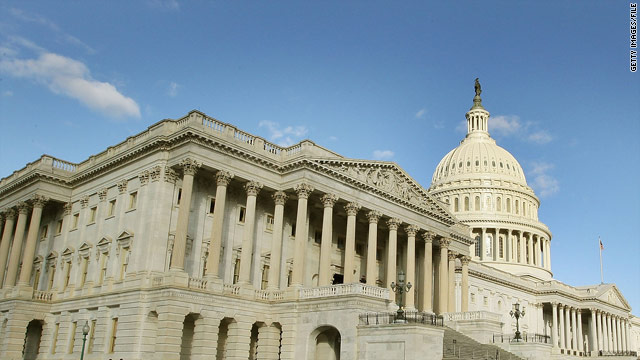 On the Radar: House and tax deal, bail for Assange, icy weather problems

House takes up tax deal - The House of Representatives could vote to extend the the Bush-era tax reductions Thursday after the Senate overwhelmingly adopted it.

The Senate approved the controversial $858 billion tax cut package Wednesday despite a series of objections from both the left and the right. The measure passed 81-19.

The House will take up theÂ bill some time Thursday, according to Majority Leader Steny Hoyer, D-Maryland.

WikiLeaks founder granted bail - WikiLeaks editor Julian Assange was granted bail by a London court Thursday, meaning he is free to leave jail until his next scheduled court hearing in January.

AssangeÂ must stay at the mansion of a supporter outside London, report to the police daily, wear an electronic tag to monitor his location and put up 200,000 pounds (about $310,000) in bail money, plus two further 20,000-pound sureties (about $31,500 each), the judge ruled.

Judge Duncan Ouseley said he did not regard Assange as a fugitive and there was no concrete evidence to believe he'd abscond. Assange "clearly has some desire to clear his name," the judge said, adding that if he failed to appear in court, the "charges would always be hanging over his head."

CNN willÂ be waiting to see when Assange is released and any statements he may make when he is out of jail.

Dangerous weather - A sprawling winter storm system spread an ugly mix of snow, sleet and freezing rain from the Deep South to the upper Plains states Thursday, snarling traffic in the air and on the ground.

The National Weather Service issued winter storm warnings and advisories for more than a dozen states. The brunt of the system is poised to hit Kentucky, Virginia and West Virginia, but several inches of snow are forecast for portions of Indiana, Ohio, Tennessee and North Carolina as well as Minnesota and North and South Dakota. The low pressure system laid down an icy path across north Georgia on Wednesday night, causing scores of traffic accidents around metro Atlanta.