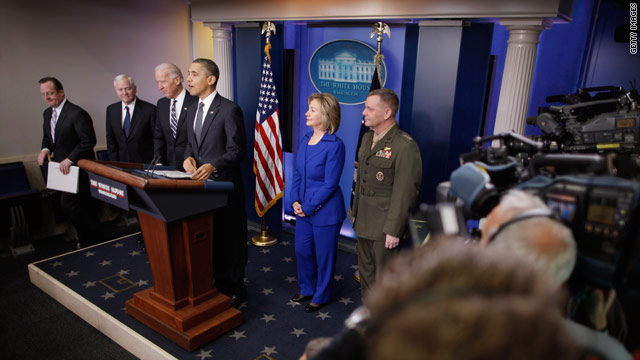 President Barack Obama asserted Thursday that the United States is making significant progress in the nine-year war in Afghanistan, but warned that the conflict "continues to be a very difficult
endeavor."

We are "on track to achieve our goals" of disrupting, dismantling and defeating al Qaeda and its Taliban allies, he said. The gains, however, are fragile.

The president noted, among other things, that there has been a "successful increase" in the recruitment and training of Afghan forces due partly to the July 2011 deadline set by the administration to start withdrawing
the U.S. military.