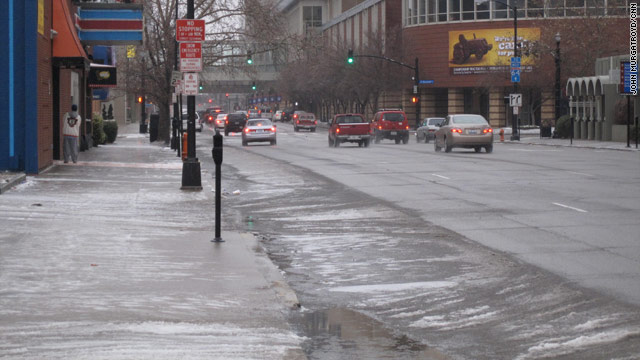 Temperatures were slowly warming Thursday across the South, where freezing rain glazed roads with ice, but a sprawling winter storm system remained in place across the upper Plains states.

The National Weather Service issued winter storm warnings and advisories for more than a dozen states. The brunt of the system is poised to hit Kentucky, Virginia and West Virginia, but several inches of snow are forecast for portions of Indiana, Ohio, Tennessee and North Carolina, as well as Minnesota and the Dakotas. Winter weather advisories stretched into Wisconsin and Minnesota.

In Kentucky, up to a quarter-inch of ice could accumulate on roadways, the weather service warned, in addition to previously fallen snow. Three to six inches of snow were forecast for eastern Virginia.

In what a British couple calls their "medical marvel," a woman got pregnant with a second child while already pregnŌĆtwitter.com/i/web/status/1ŌĆ”Oj
cnni

7:16 pm ET April 16, 2021 RETWEET
US President Biden said Iran's decision to enrich uranium at 60% is not helpful and counter to the agreement the coŌĆtwitter.com/i/web/status/1ŌĆ”yP
cnni