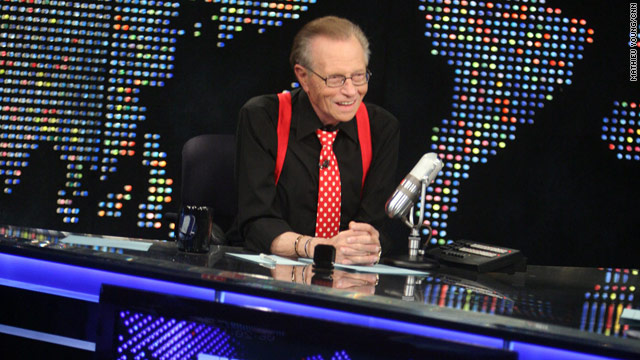 Gov. Arnold Schwarzenegger joined Larry via satellite from Sacramento to thank him for his contributions to the state of California. The Governator even flexed a little muscle by using his gubernatorial powers to declare December 17  "Larry King Day" in his state.

'SNL' funnyman Fred Armisen joined Larry as Larry (identical clothing and all) to ask himself a few questions.