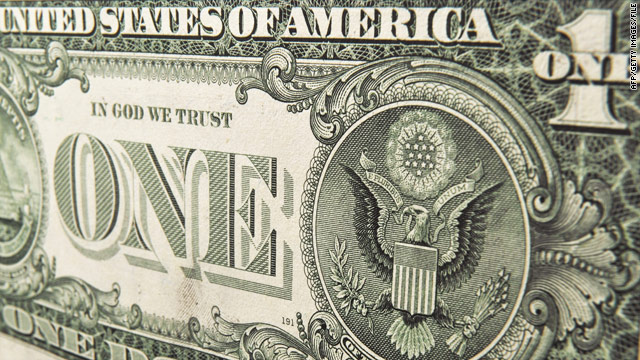 "Honesty" stared a thief right in the face, and the bandit made off with it anyway.

Perhaps he or she missed the point of John Ilg's sculpture.

The artwork, which features 316 rolled-up dollar bills placed in a wire-mesh frame to spell out H-O-N-E-S-T-Y, was jacked from Normandale Community College this week, according to the Star Tribune in Minneapolis, Minnesota.

Only a set of muddy footprints and a trail of seven rolled-up George Washingtons remained in and near the Bloomington school's fine arts building. There are no suspects, the paper said.

The sculpture first went on display at the Minnesota State Fair in 2008 with $166. Visitors liked it so much, they added $150 to the piece, the Star Tribune reported.

It had hung unfettered at the school since November 9.

"People like to tug on the bills to see if they're glued in and if I'm really trusting them," Ilg, 53, of Woodbury, told the newspaper.

He said he can tell when someone has messed with the dollars because he rolls them so the words "In God We Trust" are visible.

The artist said the theft says a lot about the person who took it. He may re-create the piece, he said.

All businesses in Shanghai except those deemed vital (like gas stations and supermarkets) will be closed until Febrâ€twitter.com/i/web/status/1â€¦4N
cnni

8:53 am ET January 27, 2020 RETWEET
The growing memorial outside of the Staples center for #KobeBryant and Gigi. â€œThank you for all you did on the courtwitter.com/i/web/status/1â€¦yMxy
sarasidnerCNN

8:46 am ET January 27, 2020 RETWEET
"He was one of the greatest sportsmen in history." Nick Kyrgios and Rafael Nadal paid emotional tribute to Kobe Brâ€twitter.com/i/web/status/1â€¦VE
cnni