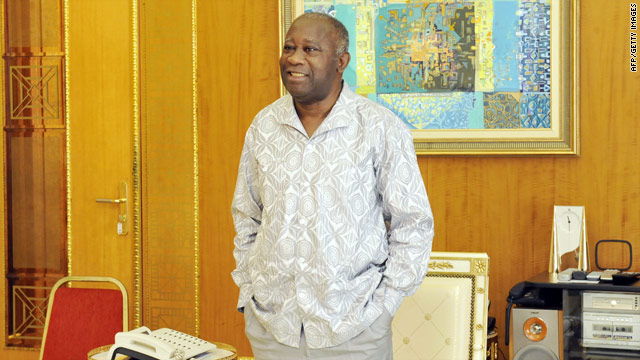 U.N. Secretary General Ban Ki-Moon on Friday called on Ivory Coast's incumbent President Laurent Gbagbo to step down and said that "any other outcome would make a mockery of democracy."

On Monday, State Department spokesman P.J. Crowley urged Gbagbo to step down and recognize the November 28 runoff election was won by his challenger, Alassane Ouattara.

The country's Independent Electoral Commission said Ouattara won the runoff, but the country's Constitutional Council invalidated those results and declared Gbagbo the winner.

The United Nations, African Union, European Union and other international bodies and leaders have recognized Ouattara as the winner.

Updated guidance from the US Centers for Disease Control and Prevention says people fully vaccinated against Covid-â€twitter.com/i/web/status/1â€¦sq
cnni

2:31 pm ET May 13, 2021 RETWEET
McDonald's is the latest restaurant to say it's raising wages in a bid to attract workers. The company is increasiâ€twitter.com/i/web/status/1â€¦7i
cnni

2:00 pm ET May 13, 2021 RETWEET
Drought conditions are now present across all of California for the first time in almost 7 years, making this year'â€twitter.com/i/web/status/1â€¦Jt
CNNweather