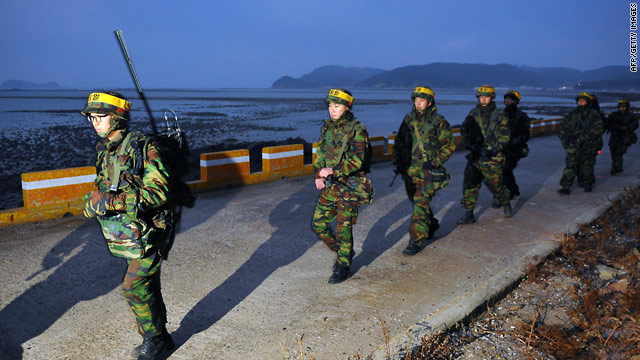 As the U.N. Security Council prepared to convene Sunday morning to hold an emergency session concerning tensions on the Korean Peninsula, South Korea reiterated that it will go forward with live-fire military drills this week.

The drills will take place Monday or Tuesday in the Yellow Sea off Yeonpyeong Island, the state-run Yonhap news agency reported, citing a military official. Tensions between the two Koreas have been high since the North fired upon the island last month, killing two marines and two civilians.

"The planned firing drill is part of the usual exercises conducted by our troops based on Yeonpyeong Island. The drill can be justifiable, as it will occur within our territorial waters," the official said.