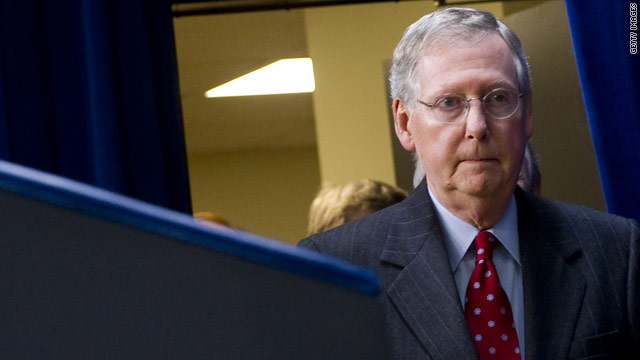 Senate Republicans mounted a counter-attack Sunday against ratifying a new nuclear arms treaty with Russia this year, trying to put off a vote that Democrats say they will win if it is held.

Senate Minority Leader Mitch McConnell of Kentucky led the way, telling CNN's "State of the Union" that members of his party need more time to consider the START accord.

"I've decided I cannot support the treaty," McConnell said in his first outright rejection of ratifying the treaty during the current lame-duck session of Congress.

6:00 am ET October 22, 2021 RETWEET
Forests have long been celebrated as the natural heroes in the fight against the climate crisis. But while we areâ€twitter.com/i/web/status/1â€¦xD
cnni

5:45 am ET October 22, 2021 RETWEET
Creating a 3D image of a real person in a video game or movie is usually time-consuming and expensive. But an Irishâ€twitter.com/i/web/status/1â€¦1N
cnni