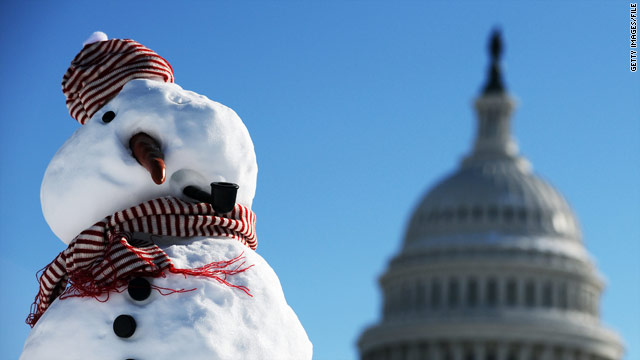 Christmas may be around the corner, but CNN.com Live doesn't take a vacation from news!  Today promises to be a busy day, thanks to the Senate debating a nuclear arms treaty, the White House dealing with the crisis in the Korean Peninsula, and Santa dropping by Wall Street.

10:00 am ET - Senate in session - The Senate delays its winter break even further by debating the New START nuclear arms pact between the U.S. and Russia.  A ratification vote could happen later this week.

12:30 pm ET - White House briefing - Press Secretary Robert Gibbs holds his daily briefing with reporters.  Topics expected to be discussed include the crisis along the Korean Peninsula, the New START accord and the Senate's decision on "don't ask, don't tell."

4:00 pm ET - Santa Claus visits Wall Street - Santa Claus takes a break from his North Pole workshop to help ring the closing bell on Wall Street.  No word if Santa will be bringing gifts or coal to those working the trading floor.