At least 300,000 people have been displaced from their homes by Tuesday's devastating explosion, Beirut's governorâ€twitter.com/i/web/status/1â€¦0g

At least 100 people were killed and 4,000 wounded in a massive explosion that shook Beirut on Tuesday. Hundreds havâ€twitter.com/i/web/status/1â€¦2W

Virgin Atlantic files for bankruptcy in the United States cnn.com/2020/08/04/busâ€¦ 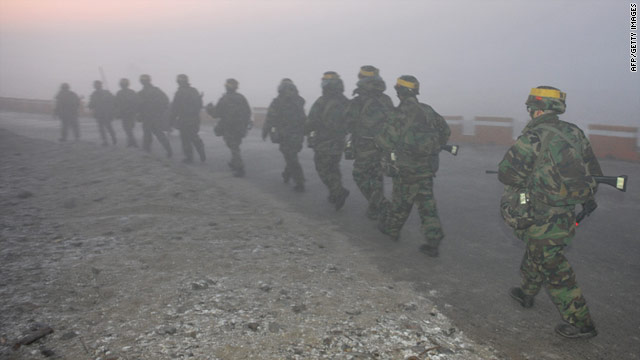 Tensions between Koreas - It's more calm on the Korean peninsula after South Korea's military drill. North Korea said over the weekend that the drill could ignite a war and that it would respond militarily to the exercise. But on Monday, North Korean military leaders said retaliation wasn't necessary and instead issued a warning to South Korea and the United States, according to the state-run Korean Central News Agency.Â New Mexico Gov. Bill Richardson was in North Korea and urged the nationÂ not to respond aggressively. (Above, South Korean marines are shown on patrol near disputed waters of the Yellow Sea.)

UK terror - British police arrested 12 men in a series of anti-terror raids. Authorities are not saying what the targets of the attack were. The suspects were arrested in London, Birmingham, Cardiff in Wales and Stoke in central England.

Mudslides in Southern California - There's too much rain in parts of Southern California, causing some flooding and triggering a warning for mudslides.Â A big storm system has been hittingÂ the West Coast hard, and the Sierra Nevadas could get 10 feet of snow.

A high school principal parodied MC Hammer's "U Can't Touch This" to encourage students to be safe when they returnâ€twitter.com/i/web/status/1â€¦80
cnni

8:53 am ET August 5, 2020 RETWEET
HSBC bet the bank on China. It's in big trouble if tensions escalate | Analysis by @michelletoh235â€twitter.com/i/web/status/1â€¦3i
cnni