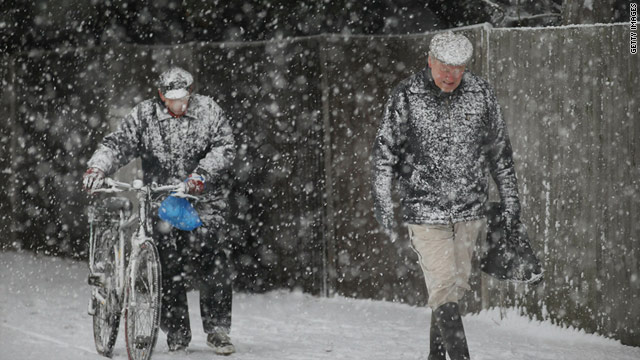 Heavy snow was snarling air travel in Europe, where hundreds of flights were canceled in London, Paris, Frankfurt and Berlin. And just for good measure, the temperature reached zero degrees¬† Fahrenheit overnight in Northern Ireland.

We asked, you responded.¬† Here are some of the photos of the weather mess in Europe that you sent us.