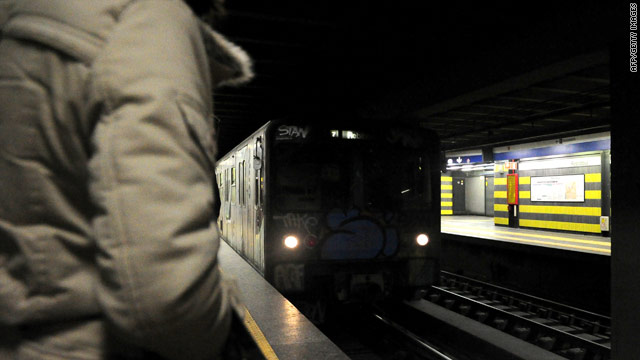 [Update 11:30 a.m.] The device found on a train in Rome could not have exploded, officials say.

[Original post] A bomb was found under a train seat Tuesday in Rome, a City Hall spokesman said. It is not clear whether the device could have exploded or who left it, Marco Dell'Asta said.

Train officials found the package containing the device about 10 a.m. at the Rebibbia stop on the outskirts of the city, he said. A police bomb squad and the fire brigade are on the scene, Dell'Asta added.