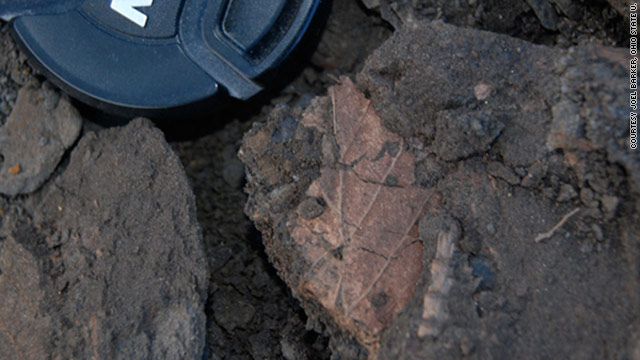 A mummified ancient forest unearthed north of the Arctic Circle may give researchers clues about what to expect as climate change again affects the polar region.

Joel Barker, a researcher at The Ohio State University, stumbled on the forest's remnants while camping last year on Canada's Ellesmere Island, just 500 miles from the North Pole.

The forest stood more than 1,000 miles north of the northernmost trees of today.

See a map of the Arctic.

The trees and their branches, leaves, needles and roots were perfectly preserved from when they were buried in an avalanche 2 million to 8 million years ago, when the Arctic climate was getting colder, according to Canada's CBC News.

"Mummified forests aren't so uncommon, but what makes this one unique is that it's so far north. When the climate began to cool 11 million years ago, these plants would have been the first to feel the effects," Barker said in an OSU news release.

"And because the trees' organic material is preserved, we can get a high-resolution view of how quickly the climate changed and how the plants responded to that change."

He presented his findings Friday at the American Geophysical Union conference in San Francisco.

Barker next plans to study tree rings to learn how past climate conditions stressed plant life and predict how the Arctic ecosystem will respond to global warming.

The bidding war for parts of Ruth Bader Ginsburg's library is over, and it's clear that fans of the late US Supremeâ€twitter.com/i/web/status/1â€¦CZ
cnni

9:09 pm ET January 28, 2022 RETWEET
China has touted its newly completed Olympic ski venue as an example of its commitment to making the Beijing Gamesâ€twitter.com/i/web/status/1â€¦ur
cnni