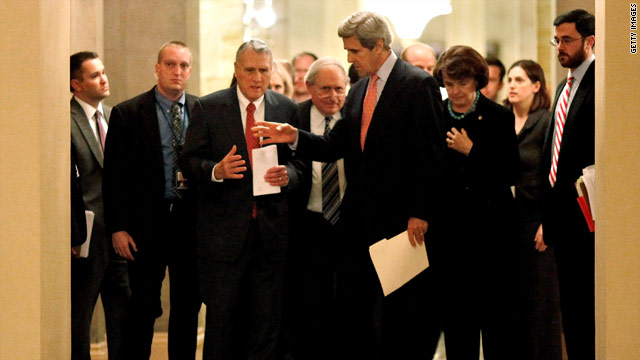 There may be four shopping days left until Christmas, but Senate lawmakers won't have time to shop today, as they continue debating the issues of the day on Capitol Hill.  CNN.com Live will have that debate and more throughout the day.

9:30 am ET - Senate in session - Senate lawmakers extend their lame-duck session another day to take up the New START accord, health care legislation benefiting 9/11 first responders and government spending.

9:30 am ET - Santa and friends return to Wall Street - Santa Claus apparently had so much fun during yesterday's closing bell that he's coming back for this morning's opening bell!  He's bringing his friends from around the world to assist the CEO of Rosetta Stone in ringing the opening bell.

10:30 am ET - Sen. Arlen Specter says farewell - He's represented Pennsylvania in the U.S. Senate for 30 years.  Now, after losing his primary race earlier this year, Sen. Arlen Specter is preparing to call it a day.  He will deliver his final floor speech to Senate colleagues this morning.

11:00 am ET - Census report briefing - Remember those Census forms you got in the mail earlier this year?  Today, you'll find out what the Census Bureau did with them.  Specifically, the Census Bureau will announce the 2010 U.S. population, as well as Congressional re-apportionments.