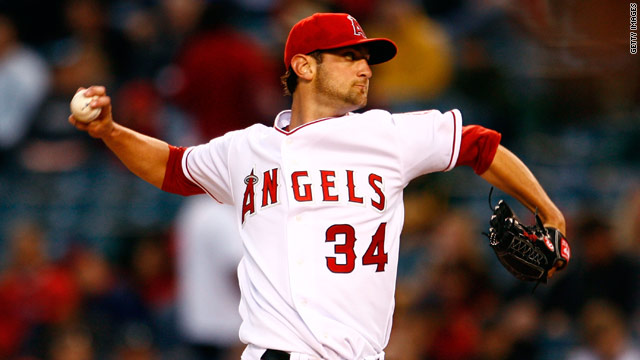 A man convicted of murder in a wreck that killed Major League Baseball pitcher Nicholas Adenhart and two other people has been sentenced to a prison term of 51 years to life, the Orange County District Attorney's office said.

Authorities said Andrew Thomas Gallo was driving drunk when the wreck happened in Fullerton, California, in April 2009. His blood-alcohol level was three times the legal limit when he sped through a red light and crashed into a car, authorities said.

Adenhart (pictured), 22, of the Los Angeles Angels of Anaheim, who was beginning his first full season in the majors, was killed. He had pitched just his fourth Major League game hours earlier.