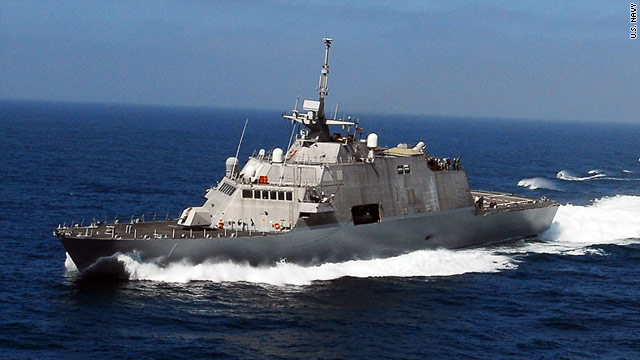 The short-term spending bill that President Obama signed Wednesday includes approval of a Navy contract to buy 10 specialized combat ships from a builder in northern Wisconsin.

The contract will directly generate about 1,000 shipbuilding jobs in Wisconsin and the Upper Peninsula of Michigan, and thousands more with suppliers and subcontractors, Kimberly Martinez, a spokeswoman for main contractor Lockheed Martin, told the Detroit Free Press.

"What a Christmas gift," George Krah, mayor of Menominee, Michigan, across the Menominee River from Marinette, said to the Free Press.

The Navy also ordered 10 ships of a different design from General Dynamics; they'll be built by Austal USA in Mobile, Alabama, according to the Journal-Sentinel.

The littoral (sounds like "literal") combat ships are designed to operate in shallow water for use in such missions as hunting submarines and pirates, the Journal-Sentinel reported.