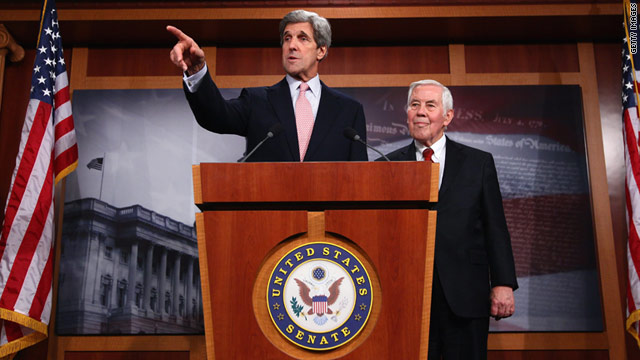 The Senate voted Wednesday to approve the new nuclear arms control treaty with Russia - a major foreign policy victory for the Obama administration near the end of the lame-duck session of Congress.

The New Strategic Arms Reduction Treaty, or New START, was cleared with the help of solid Democratic support, as well as the backing of several Republican senators.

If ratified, the treaty would resume inspections of each country's nuclear arsenal while limiting both the United States and Russia to 1,550 warheads and 700 launchers. It still needs to be approved by the Russian parliament.

President Obama signed the treaty with Russian President Dmitry Medvedev in April. The accord is considered a critical component of nuclear non-proliferation efforts and the administration's attempt to "reset" Washington's relationship with Moscow.