Jurors have been sent to deliberate in the trial of ex-officer Derek Chauvin after 45 witnesses were called over thâ€twitter.com/i/web/status/1â€¦mg

A Trump-appointed scientist has been transferred from her position overseeing the US government's report on the effâ€twitter.com/i/web/status/1â€¦lj 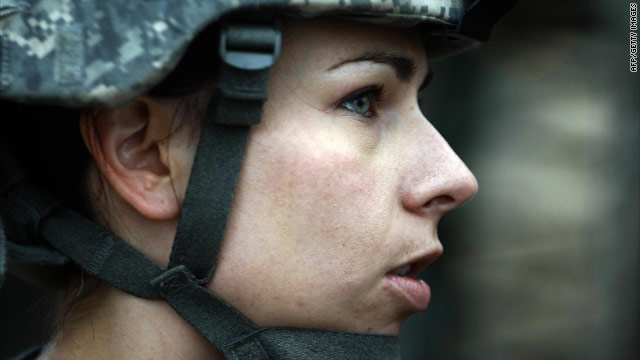 Women war veterans who became pregnant after serving in Iraq or Afghanistan were twice as likely as other female vets to experience mental health problems, according to a study published this week in the "Journal of Women's Health."

The study, "Pregnancy and Mental Health Among Women Veterans Returning from Iraq and Afghanistan," aimed toÂ  determine the prevalence of mental health problems among veterans who received pregnancy-related care in the Veterans Health Administration system.

A review of more than 43,000 women who completed their service between 2001 and 2008 found that pregnant veterans were twice as likely as those without pregnancy to be diagnosed with depression, anxiety, post-traumatic stress disorder, bipolar disorder, or schizophrenia.

Overall, 32% of women pregnant veterans received one or more distinct mental health diagnosis, compared with 21% of women veterans without a pregnancy-related condition.

If untreated, such mental health issues during pregnancy could result in preterm delivery, low birth-weight or impaired cognitive and emotional development, the study said.

"Like the men, many women returning from military service may experience mental health problems, but the juxtaposition of pregnancy and mental health-related issues is of special concern because pregnancy itself can precipitate or exacerbate mental health conditions," the study's authors wrote.

But because women do not receive pregnancy care through the Veterans Health Administration, little is known about pregnancy outcomes or how the women cope with their mental health issues during pregnancy.

"With the increased number of women serving in the military, it is important that we understand their unique health issues such as mental health problems during pregnancy," said the study's editor-in-chief, Susan G. Kornstein, MD, Executive Director of the Virginia Commonwealth University Institute for Women's Health.

Women veterans are among the fastestÂ  growing segments of new users of the Veterans Health Administration health care, the study said. But, because they are still a numerical minority in the system, a majority of VHA facilities refer pregnant veterans to community providers.

Even if women leave the VHA for prenatal care, those dealing with mental health problems may choose to seek treatment in the VHA system for those conditions.

"This dual system of care may lead to lack of coordination among care providers, which may present problems for medical management of pregnancy if non-VHA obstetrical providers are unaware of women veterans' mental health problems or medications they may be taking for these problems."

The study also found that pregnancy veterans were more likely to be Hispanic and unmarried and to have a high school education or less, compared with veterans without a pregnancy-related condition.

"Even if the EU unites in its condemnation of Russia this week for a huge range of issues, it is unlikely the Kremlâ€twitter.com/i/web/status/1â€¦Fx
cnni

10:01 pm ET April 19, 2021 RETWEET
Indigenous groups have gathered in Brazil's capital to demonstrate against a bill proposed by the federal governmenâ€twitter.com/i/web/status/1â€¦IH
cnni

9:36 pm ET April 19, 2021 RETWEET
The US State Department announced that it would begin to update its travel advisories to more closely align with thâ€twitter.com/i/web/status/1â€¦KP
cnni