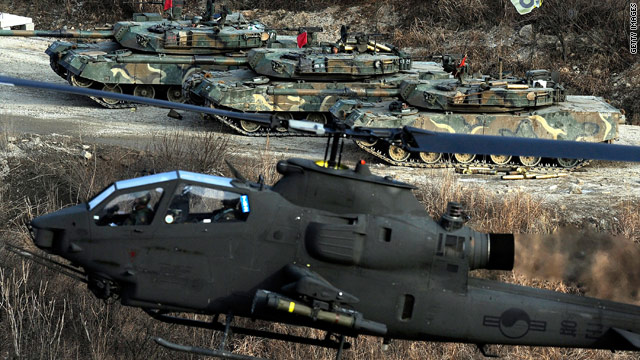 "The revolutionary armed forces of the DPRK (Democratic People's Republic of Korea) are getting fully prepared to launch a sacred war of justice of Korean style based on the nuclear deterrent at anytime necessary," North Korea's defense minister Kim Yong Chun said, according to the state-run news agency.

"The South Korean puppet forces perpetrated such grave military provocation as renewing their shelling against the DPRK during their recent exercises for a war of aggression in the West Sea of Korea," Chun said. "This indicates that the enemy's scenario for aggression aimed at the start of another Korean War, has reached the phase of its implementation.

The long-planned South Korean exercises, billed as the largest land and air winter drills, were conducted just 15 miles from the North Korean border.