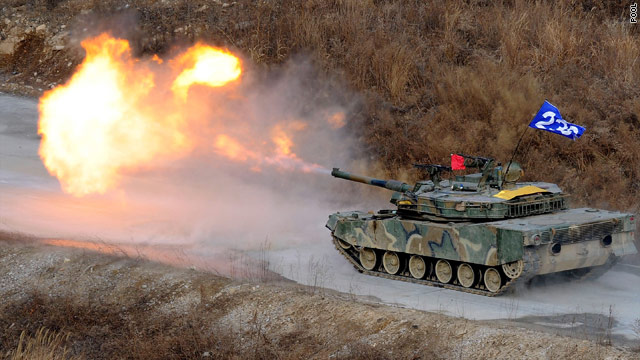 The long-planned South Korean exercises (pictured above), billed as its largest land and air winter drills, were conducted 15 miles from the North Korean border.

The North's threats are raising fears among South Koreans, and New Mexico Gov. Bill Richardson, a former U.S. ambassador to the United Nations, admitted the two sides were "very close" to war when he arrived in North Korea last week. CNN takes a look at what's behind the tensions and will continue to watch this developing story.

Devastating storms - You couldn't tell from the images of flash floods and residents knee-deep in mud, but forecasters expect the devastating rainstorms in Southern California to begin winding down Thursday afternoon.

Monsoonlike conditions overwhelmed the region Wednesday, creating flash floods that kept workers at home and businesses and streets under mud and water.

Obama and the not so lame-duck Congress - President Barack Obama on Wednesday hailed major legislation passed by Congress in the lame-duck session, saying such progress showed "we're not doomed to endless gridlock."

The political developments are ones that CNN senior political analyst David Gergen hailed as a "stunning turnaround" for the president after Democratic losses in the midterm elections.