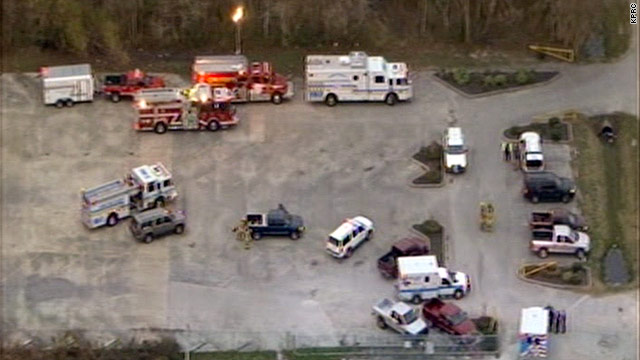 [Updated at 11:06 a.m.] An explosion has injured two people at a plant in Crosby, Texas, police said Friday.

All of the employees at the plant were accounted for after the blast, according to the Harris County Sheriff's Office.

Hazardous materials teams were called in, but no evacuations were required as a result of the explosion, sheriff's officials noted.