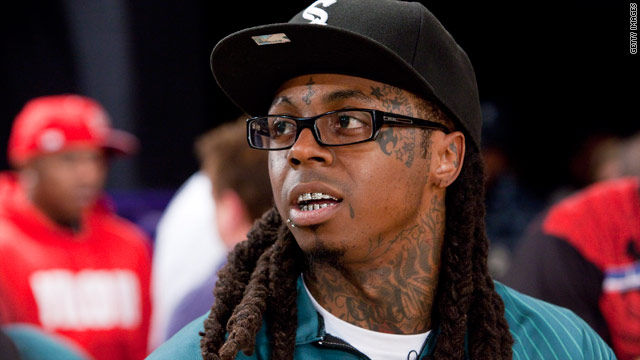 Lil Wayne (pictured above) bought an $11,000 wheelchair for a New Jersey woman after her daughter wrote him multiple letters every week while he was in jail.

The 28-year-old rapper became a free man in November after serving eight months in New York's Rikers Island on a weapons charge.

Evelyn Austin said that her knees started going bad about 10 to 15 years and she reached the point where she couldn’t walk anymore.

Regarding Lil Wayne's gift, Austin, 64, told the New York Daily News, "I pray for him every night thanking him for this chair. I love every bit of it. It changed my life.”

The 39-year-old Utah Republican made news during his Senate campaign when he called for dismantling the departments of Education and Housing and Urban Development as well as a repeal of the federal income tax.

Now, the senator-elect is likely to attract attention as he heads to Capitol Hill next month.

The New Republic calls Lee  the Tea Party’s “most skilled spokesman,”  and the politician has been strengthening his foreign policy skills. Last week he spent time in Israel as a guest of the American Israel Education Foundation and reportedly held private talks with Prime Minister Benjamin Netanyahu.

According to The Jerusalem Post, Lee was the second newly elected senator (after Florida Republican Marco Rubio) to visit Israel.

This 10-year-old boy fighting cancer is trying to inspire other ill kids around the country with the help of origami.

Heard's goal is to make sure 220 pediatric cancer clinics nationwide each will get 1,000 paper cranes. And he made a video and inspired classmates to help him out.

David's father, Tom Heard, said his son's prognosis isn't good and so they've tried to focus on the positive and to help others in similar situations.

"We try to make the most out of every day that we have together," he told WNYW-TV in New York.