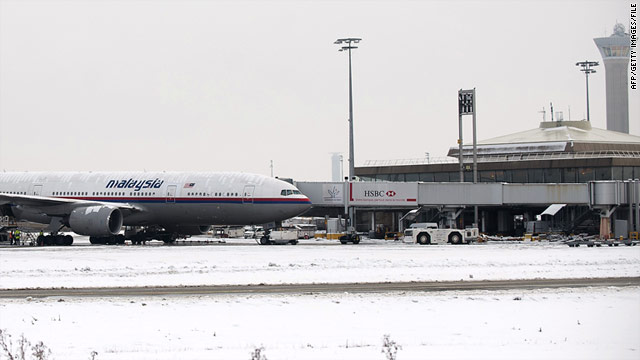 Paris airport terminal evacuated because of snow on roof

Part of the main Paris airport was evacuated Friday due to the accumulation of snow on the roof, French state radio reported.

Passengers were moved from Terminal 2E to other parts of Charles de Gaulle airport.

Part of the roof of that terminal collapsed in 2004, shortly after the state-of-the-art building was inaugurated. Four people were killed, media reports at the time said.

About a foot of snow had fallen on the roof Friday by the time authorities decided to close the terminal, French media reports said. Authorities were working to clear it and reopen the terminal. French authorities earlier Friday asked airlines to cancel half their flights to and from the airport because de-icing fluid is running low, they said.