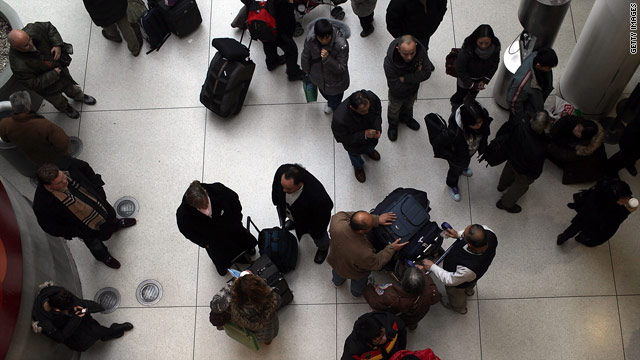 Travelers brace for flight delays amid threats of winter storm

[Updated at 7:27 a.m.] Some Christmas Day travelers are facing long delays at airports Saturday as the threat of a winter storm - particularly in eastern parts of the United States - led to the cancellation of hundreds of flights.

Driving and flight conditions could be difficult in several areas of the East as storms intensify into Sunday and Monday.

Forecasters also issued a winter storm watch for parts of Connecticut, Massachusetts and Rhode Island into Monday. Accumulation of 6 inches of snow in a 12-hour period is possible, according to the weather agency's Boston office.

Beginning Sunday afternoon and through Monday, southern New England could see six to eight inches of snow - with 10 inches possibly falling in some places. In addition, the National Weather Service cautioned about a coastal flood threat for eastern Massachusetts during high tides.

Winter weather advisories stretched as far south as Georgia, with a mix of rain and snow expected in the northern part of the state before the precipitation turns to "all snow" on Saturday evening. Parts of the northeast Georgia mountains could get 2 to 3 inches of snow, forecasters said.