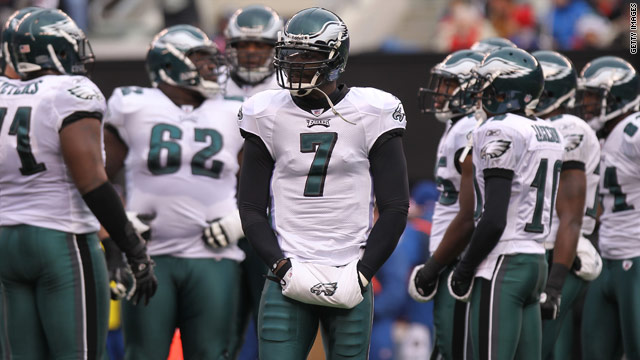 The NFL has postponed Sunday night's football game between the Minnesota Vikings and the Philadelphia Eagles due to the impending snowstorm barreling down on the northeastern United States.

The announcement came shortly after Philadelphia Mayor Michael Nutter declared a snow emergency as a blizzard moved its way up the east coast.

"Mother Nature is trying to wreak havoc on the NFL schedule - and it involves the Minnesota Vikings again," a post on NFL.com read.

The Vikings game against the New York Giants during week 14 was moved to Detroit after the Metrodome roof collapsed because of heavy snow. The weather in Minnesota also forced them to play their next game at the University of Minnesota's stadium.

The NFL had been contemplating all day whether to postpone the Eagles-Vikings game, prompting SI.com's Peter King to tweet "The prospect of postponing a game because of snow? That's what I call absurd."

"Due to public safety concerns in light of today's snow emergency in Philadelphia, tonight's Vikings-Eagles game has been postponed. Because of the uncertainty of the extent of tonight's storm and its aftermath, the game will be played on Tuesday night at 8 p.m.," the NFL said in a statement. "This will allow sufficient time to ensure that roads, parking lots and the stadium are fully cleared."

On a serious note, King who also tweeted the announcement of the postponement to NBC Tuesday night, said the decision could harm the Eagles.

"Puts the Eagles in tough spot if as expected they'll need to beat rested Dallas on 5 days rest for 2d seed," he wrote.

"My babies are too young to read this now. And theyŌĆÖd barely recognize me in my gear. But if they lose me to COVIDtwitter.com/i/web/status/1ŌĆ”JaVS
cnni

2:20 pm ET April 3, 2020 RETWEET
"Every lung doctor in America will be preaching that everyone should quit smoking." cnn.it/3bM5IPi
cnni

2:15 pm ET April 3, 2020 RETWEET
Even in times of crisis, art thieves have kept busy: A painting by Vincent van Gogh was stolen during an overnightŌĆtwitter.com/i/web/status/1ŌĆ”iZ
cnni