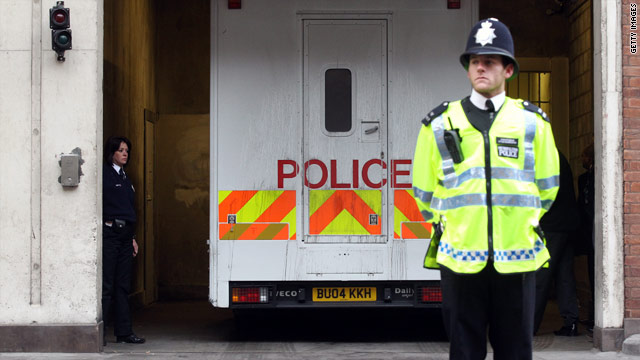 The alleged bombing targets of nine men arrested on terror charges in the United Kingdom a week ago included the London Stock Exchange and the U.S. embassy in London, a prosecutor said in court Monday.

The men, ages 19 to 28, appeared before a senior district judge in the City of Westminster Magistrates Court Monday. They were remanded into custody until their next appearance at Central Criminal Court - London's Old Bailey - on January 14.

The suspects were ordered them held without bail on charges of conspiracy to cause explosions and other terrorism offenses, West Midlands police said Monday.