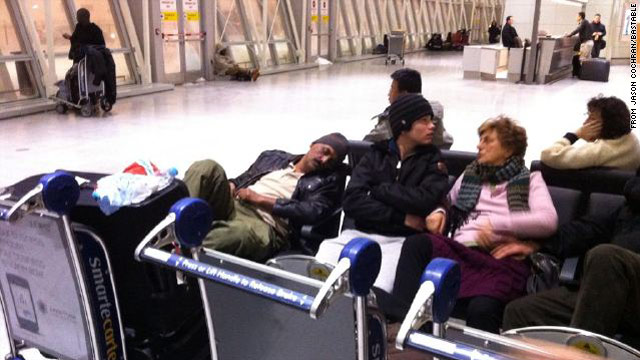 The storm brought high winds - in some cases as much as 80 miles per hour - and blinding snow to much of the East Coast beginning Sunday. Some places were forecast to receive as much as 30 inches of snow overall. Blizzard warnings remained in effect through noon Monday for much of coastal New England, where coastal flooding was also a problem.

LaGuardia and Newark airports will remain closed until further notification, while New York's John F. Kennedy is expected to reopen at 6 p.m. ET Monday, according to the Federal Aviation Administration.

Maine-based startup Running Tide Technologies is experimenting with farming kelp in an effort to pull carbon from tâ€twitter.com/i/web/status/1â€¦mX
cnni

4:01 pm ET May 9, 2021 RETWEET
Bitcoin is facing an environmental backlash over the energy-intensive technology underpinning it. A new crypto calâ€twitter.com/i/web/status/1â€¦qz
cnni

12:02 pm ET May 9, 2021 RETWEET
This is Uruguay's version of a soup kitchen during the pandemic. Here they call it the "people's pot." Their missiâ€twitter.com/i/web/status/1â€¦x2
cnni