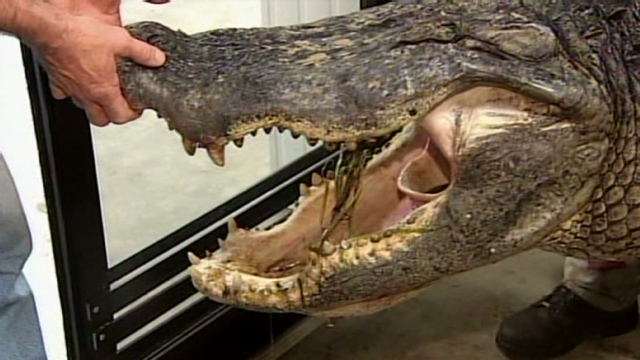 Wayward gators – As part of this week's Gotta Watch, CNN.com is featuring some of our favorite videos from this year. Today, we're rolling out our finest alligator videos from 2010. Alligators have a tendency to end up where they are unwelcome and, as you can probably guess, the fate of some of these gators is a bit grim.

Calf blown to safety – A few years ago, a local news helicopter used the wind from its spinning blades to blow a deer to safety. It's now becomeÂ the preferred method for freeing wayward animals caught without their ice skates. In this video, the Bambi-esqueÂ stumbling of a small calf on a frozen pond is adorable enough to garner attention, but the rescue makes the video captivating. All in a day's work for KWTV out of Oklahoma.

Three feet of snow bury home in half a minute – Those of us who don't see winter weather very often may find it hard to fathom snow falling several feet at a time. iReporterÂ Michael Black captures the full glory of a 20 hour storm that dumped more than 36 inches on his home all in 30 seconds with the help of a time-lapse camera.