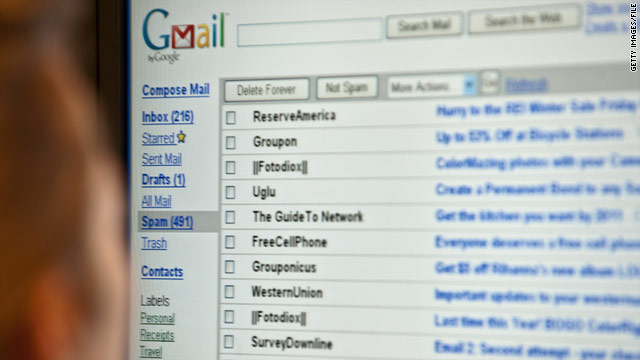 For a Michigan man, reading his then-wife's email account was not only eye-opening, it may be criminal, according to prosecutors in Oakland County, Michigan.

Leon Walker, 33, is charged with a felony after accessing his spouse's Gmail account, according to the Detroit Free Press.

While the case may seem like a legal gray area, prosecutors are going after Walker based on a Michigan statute usually used in identify theft cases, the Free Press reported.

"This is one of those cases where it seems the facts aren't in dispute," John R. Levine, an expert on cybersecurity and co-author of ┬Ā"Internet Security for Dummies," told CNN Tuesday.

"To make this stick, the prosecutor is going to have to go into court and find out whatŌĆÖs valid authorization between a husband and wife," he said. "What did the couple do on the computer? Did they have a habit of looking at each otherŌĆÖs email?"

He then sent the emails to his wife's first husband, the father of the child, and that's when things got even more hairy, the newspaper reported.

After the first husband filed for emergency custody, Walker's wife learned he had supplied her first husband with the emails, which led to┬ĀWalker's eventual arrest, according to the Free Press.

Walker could face┬Āfive years in prison, the paper said.

"I was doing what I had to do," Walker, a computer technician, told the Free Press. Prosecutors say what he did was insidious.

"The guy's a hacker," Oakland County Prosecutor Jessica Cooper told the Free Press. "[The email account] was password protected, he had wonderful skills, and was highly trained. Then he downloaded them and used them in a very contentious way," Cooper is quoted as saying.

The case may not have legal ramifications for parents who snoop on their kids' Facebook or email accounts, but it raises another issue, Levine said.

"ItŌĆÖs entirely possible to say itŌĆÖs unethical and immoral to read your wifeŌĆÖs e-mail, but the issue here is whether this [case] is inserting government into your bedroom," Levine said.

Walker is due in court February 7 for a trial, according to the Free Press.