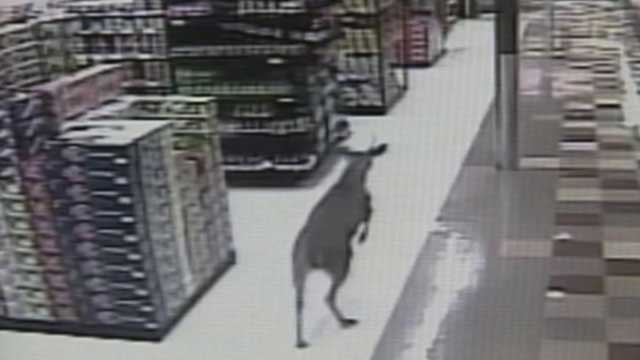 Gotta watch: Year in deer; London lights up for 2012

Deer run amok in 2010 – Pesky cloven hooves keep deer from participating in most human activities, but that doesn't mean they won't try their darnedest to make a purchase at a local sundry, pony up to the bar for a brew or make a cash deposit at a neighborhood bank. CNN has covered some of the most important events in world history, but gathering dust in the back of the library is a wealth of curious gems featuring deer in their apparent most natural state – breaking and entering into our hearts. This video is a compilation of this year's best.

Olympic illumination – If you are itching for a countdown and can't wait till New Year's Eve, get your fix with London's new Olympic stadium lighting. BackStory producer Erin McLaughlin takes a backstage tour of the spectacular 2012 Olympic stadium in London.