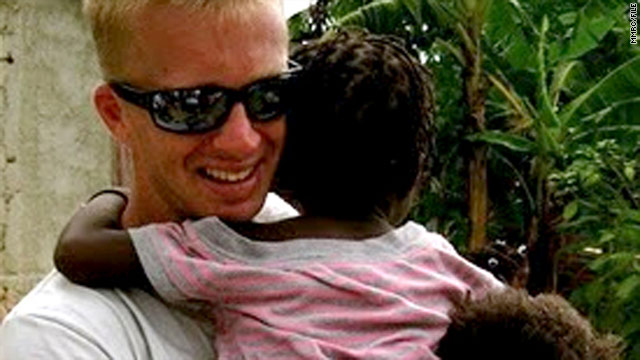 An American relief worker who was jailed in Haiti this month after a father accused him of kidnapping a 15-month-old boy has been released, the American's nonprofit organization said Wednesday.

Paul Waggoner was being transported from the National Penitentiary in Port-au-Prince, Haiti, to "a safe location where he will receive immediate medical attention," according to Materials Management Relief Corps, which Waggoner co-founded.

Waggoner's supporters, who maintain that the boy was not kidnapped but rather died in a Haitian hospital where the father sought treatment for him, say he will need to recover from horrific conditions at the penitentiary.

Hearings were held in the case, but Waggoner wasn't charged.

"(Waggoner) and I cannot thank everyone enough for going through this hell with us, and making (Waggoner's) voice heard to the masses, fighting to clear his name, and now we are so glad it is finally over," MMRC co-founder Paul Sebring said in a statement. "This has been a tremendously difficult time for MMRC but it is not the end of us. We will continue to help those that cannot help themselves."

Waggoner was working at the Haitian Community Hospital in Petionville, Haiti, in February ŌĆō a month after a major earthquake caused extensive damage in Haiti - when a Haitian man sought treatment for his 15-month-old son. WaggonerŌĆÖs group, the MMRC, is a humanitarian organization that aims to provide logistical support to medical workers in Haiti.

Waggoner's supporters, including two physicians, have said the child died, and his body was cremated because the father would not claim the remains. Waggoner had nothing to do with the child's care, but the childŌĆÖs father may have handed the boy to him there before the child was pronounced dead, according to his supporters.

The father alleged that the child survived and that Waggoner kidnapped him, according to a spokesman for the U.S. Embassy in Haiti.

The father filed a complaint against Waggoner in March. Waggoner left Haiti without answering the accusations and was arrested December 12 after returning to the country, according to the U.S. Embassy in Haiti.

The book, titled "The Bench," is "about the special bond between father and son ŌĆö as seen through a mother's eyes"twitter.com/i/web/status/1ŌĆ”Sbsw
cnni

10:00 am ET May 8, 2021 RETWEET
Two lions at a safari park in the northern Indian state Uttar Pradesh have tested positive for Covid-19, accordingŌĆtwitter.com/i/web/status/1ŌĆ”jU
cnni

9:33 am ET May 8, 2021 RETWEET
The rediscovery of the rare plant could help to revive Sierra Leone's floundering coffee industry, which was decimaŌĆtwitter.com/i/web/status/1ŌĆ”m7
cnni

9:01 am ET May 8, 2021 RETWEET
India's daily Covid-19 death toll surpassed 4,000 for the first time on Saturday, as the spiraling crisis is stretcŌĆtwitter.com/i/web/status/1ŌĆ”Bd
cnni