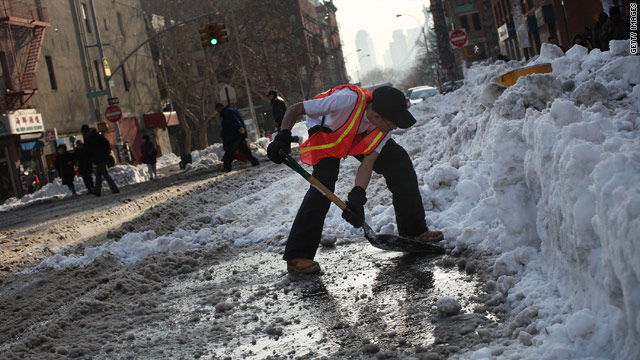 "It would be an outrage if it took place," Bloomberg said Thursday, stressing that his administration's primary focus is clearing streets in the city's outer boroughs. Some neighborhoods remained snowbound for days after the storm.

Rumors swirled across New York on Thursday that sanitation officers ordered rank-and-file workers to slow down clean-up efforts in retaliation for the city's belt-tightening measures.