Ghislaine Maxwell, confidant of accused sex-trafficker Jeffrey Epstein, says she should be granted bail while awaitâ€twitter.com/i/web/status/1â€¦X0 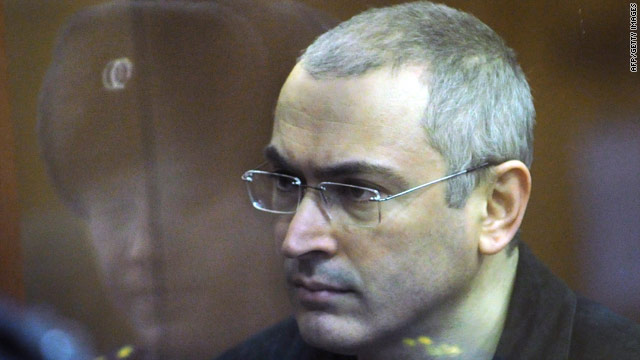 A judge in Moscow sentenced Mikhail Khodorkovsky, the former head of the Russia's Yukos oil company, and his business partner to 14 years in prison on corruption charges Thursday.

The sentence effectively adds six years behind bars for Khodorkovsky, since the judge set the sentence to begin in 2003 when he was initially imprisoned on other charges. Instead of a release in 2011, he will now be freed in 2017.

Khodorkovsky and partner Platon Lebedev were accused of stealing billions of dollars' worth of oil from Yukos production subsidiaries from 1998 to 2003. Khodorkovsky has already been convicted of underpaying taxes on the oil and is serving an eight-year sentence for fraud and tax evasion.

3:37 pm ET July 10, 2020 RETWEET
Here are a few of the more unusual symptoms people with Covid-19 might experience: â€¢ A new loss of taste or smelltwitter.com/i/web/status/1â€¦Kbfb
cnni