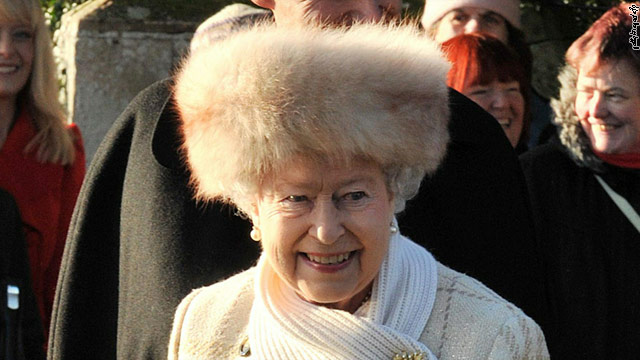 The British monarchy has welcomed a royal bundle of joy, Buckingham Palace said in a press release Thursday.

Autumn Phillips, wife of Peter Phillips, the grandson of Queen Elizabeth II, gave birth to a girl on Wednesday at Gloucestershire Royal Hospital, according to the statement.

The baby, whose name will be announced at a later date, is the queen's first great-grandchild. She weighed 8 pounds, 8 ounces.

Peter Phillips, the baby's father, was present at the birth, the palace said.

Phillips, 33, is the son of Princess Anne, the second child and only daughter of the queen. He married the Canadian-born Autumn Kelly in May 2008.

Peter and his younger sister have no royal titles and perform no royal duties. They are the cousins of Princes William and Harry, the second and third in line to the throne, respectively.

The new baby is 12th in line to the throne.

Bitcoin is facing an environmental backlash over the energy-intensive technology underpinning it. A new crypto cal‚Ätwitter.com/i/web/status/1‚Ä¶qz
cnni

12:02 pm ET May 9, 2021 RETWEET
This is Uruguay's version of a soup kitchen during the pandemic. Here they call it the "people's pot." Their missi‚Ätwitter.com/i/web/status/1‚Ä¶x2
cnni

12:01 pm ET May 9, 2021 RETWEET
Tropical Storm Andres now holds the record of earliest tropical storm to ever form during the satellite era in the‚Ätwitter.com/i/web/status/1‚Ä¶9b
CNNweather