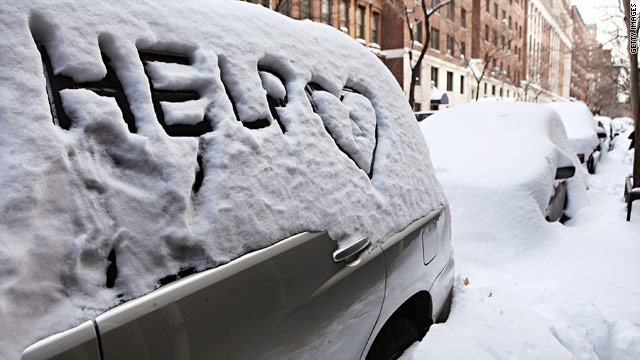 "From the planning purpose and operational purpose, we fought this storm like we fought every storm, so there was no change in that," Doherty said on CNN's "American Morning."

"One of the biggest problems we ran across so far was the depth of snow in many places, and snow plows getting stuck and not being able to get in streets, along with the tremendous number of abandoned vehicles," he said.

"People did not listen and went out with their vehicles and got stuck. Even after the storm they tried to go through some of the blocks, and the snow was anywhere in the city from 16 to 29 inches," Doherty said.

"I just love them and I want them to know that" A good Samaritan decided to use the $900 he'd been saving to buy gâ€twitter.com/i/web/status/1â€¦Zw
cnni

1:42 pm ET April 3, 2020 RETWEET
Seattle's hospitals are preparing for a surge of coronavirus cases, but there are faint glimmers the situation is iâ€twitter.com/i/web/status/1â€¦5s
cnni