The Supreme Court on Monday agreed to take up a major abortion case next term concerning a controversial Mississippâ€twitter.com/i/web/status/1â€¦5s

AT&T and Discovery, Inc. announce deal to spin off WarnerMedia and combine it with Discovery in a new standalone meâ€twitter.com/i/web/status/1â€¦pw

Tens of thousands of people have been evacuated from low-lying areas in western India as a powerful cyclone is expeâ€twitter.com/i/web/status/1â€¦ta 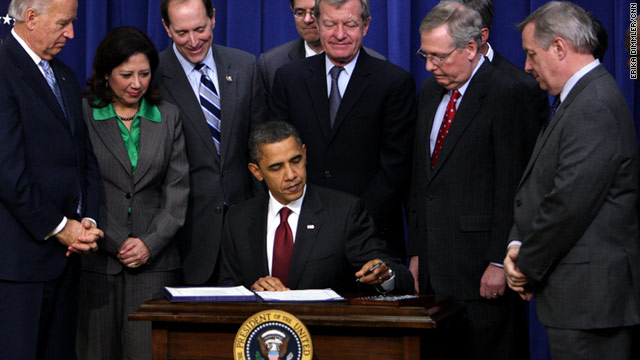 A group of academics has created a website where users can calculate how much the recently renewed federal tax cuts are worth to them and donate that amount to charity.

GiveItBackForJobs.orgÂ "is intended both to make it easy for those with extra moolah to donate and to send a political message that they are doing so," according to the ABA Journal.

Three Ivy League professors, a law student and a designer created the site out of opposition to the extension of tax benefits for the wealthy, the founders write on the site.

"GiveItBackforJobs enables joint action, by all visitors to this site, to redirect our Bush tax cuts to the wise and just programs that our government would promote if it had not been hijacked," they write.

"As more and more Americans do so, GiveItBackforJobs will begin to replicate good government policy, outside the government and free from the grip of Senate Republicans."

Users simply select their filing status (single, married filing jointly, etc.) and enter their adjusted gross income.Â The site calculates the tax savings under the law. The resulting amount can then be donated on the same page to Habitat for Humanity, the Salvation Army, the Children's Aid Society, Nurse Family Partnership, or a charity of the user's choice.

"Ordinary citizens can, by acting together to create a shadow fiscal policy, correct this failure of government and set the country moving toward a just prosperity," the site's founders write.