The Fed raises interest rates for the eighth time in a year, but slows its pace to a quarter of a point in a nod toŌĆtwitter.com/i/web/status/1ŌĆ”eK

The FBI searches President Biden's home in Rehoboth Beach, Delaware, as part of the investigation into his handlingŌĆtwitter.com/i/web/status/1ŌĆ”jH

The epic snowstorm that hit the Northeast last week was matched with an epic effort from first responders, including a group of firefighters in Neptune, New Jersey, population about 5,100.

The Hamilton Fire Company crew that worked the night after Christmas were all volunteers, said iReporter Bhak Tanta-Nanta, a firefighter who filmed a 67-hour shift that spanned three days.

That fire crew and other first responders had to deal with abandoned vehicles, waist-deep snow and residents upset that snow on their streets hadn't been plowed fast enough.

Among the difficulties Tanta-Nanta, a five-year volunteer, and his crew mates faced were:

– A house fire that the crew had to trek to from another street. Did firefighters have issues with the waterhose freezing? ŌĆ£We had issues getting to the house,ŌĆØ Tanta-Nanta said.
– Thirty inches of snow in some areas.
– Six hours of sleep over a three-day period.

Neighbors assisted first responders, digging an almost two-block-long trench so they could┬Āpull an injured elderly man from his home.

Firefighters had problems getting to the manŌĆÖs home. ŌĆ£We could not reach the house but neighbors had been walking to the street [to flag down EMS crews], so they had already made a little path,ŌĆØ Tanta-Nanta said.

At one point, neighbors and children helped dig trenches with the firefighters, Tanta-Nanta said.

ŌĆśThe whole neighborhood came together. It was really cool to see.ŌĆØ 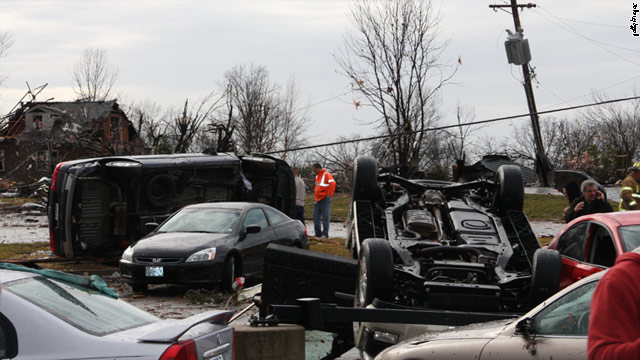 One day after a violent storm system roared through parts of the nation's midsection, spawning tornadoes in several cities in Missouri and Arkansas, freezing temperatures Saturday threatened to compound the plight of victims left homeless due to the weather.

Temperatures in Sunset Hills, Missouri, dropped Saturday to 16 degrees Fahrenheit ŌĆō with a wind chill of 7 degrees below zero, according to the National Weather Service.

Temperatures dipped into the 20s in parts of Mississippi, where the storm had knocked out power to nearly 20,000 homes.

Seven people died and dozens were hurt Friday in a storm system that stretched more than 1,000 miles from the Northern Plains down to the mid-Mississippi Valley.

The tornado that hit Sunset Hills will be rated an EF3, the National Weather Service said.

An EF3 twister has winds between 136 – 165 mph, according to the weather service.

A family of seven lost their home in north St. Louis, CNN affiliate KMOV reported. William Gibbs told KMOV that his daughter told him that there would be a tornado. "I took it for granted," Gibbs told KMOV. "I'm thanking God that we're all safe but, I don't know where we go from here," he said.

Latasha Stuhlman told CNN affiliate KMOV that her home has been condemned after the storm hit her neighborhood. The Stuhlmans will sleep in a hotel with other families.

ŌĆ£ItŌĆÖs bad. Real bad," Stuhlman told KMOV. "The people that said they went in [to the property] said my whole bedroomŌĆÖs gone.ŌĆØ

The St. Louis-area Red Cross said in a news release that it had provided assistance to about 60 people Friday and expected that number to grow following a damage assessment. 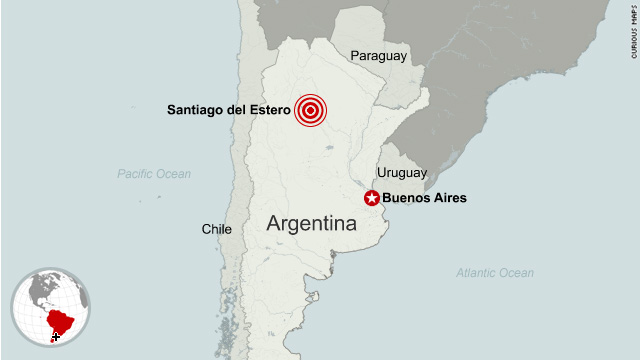 The earthquake struck 350 miles deep, according to the USGS report.

5:01 pm ET February 1, 2023 RETWEET
ŌĆ£These will be defining months in the war.cnn.it/3RsnLjOwP
cnni