Oklahoma lawmakers have passed a bill banning abortion from the moment of "fertilization." The measure now goes to‚Ätwitter.com/i/web/status/1‚Ä¶ZG

The January 6 committee is investigating the tour a Georgia Republican lawmaker gave to visitors the day before rio‚Ätwitter.com/i/web/status/1‚Ä¶FR 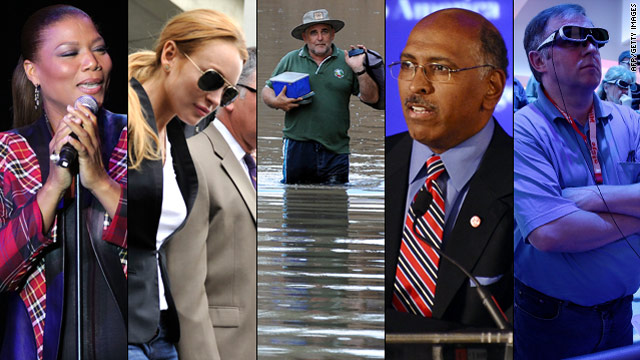 With temporary funding for the U.S. government not expiring until March and with President Obama's next¬Ýbudget proposal not expected to be submitted to Congress until mid-February, congressional¬Ýsquabbles over spending could take weeks. But the House already is expected to start debate Thursday on cutting funding for legislative activities by 5%, which incoming¬Ý¬ÝHouse Speaker John Boehner says could save $25 million to $30 million¬Ýa year.

The Senate, meanwhile, could start considering changes this week to its rules on filibusters, those¬Ý maneuvers that the minority party often uses to delay or kill legislation. Democrats are returning to the chamber with a diminished majority and want to weaken the filibuster and other moves that senators can use to block bills. One option is to eliminate a rule that requires 60 votes to bring a bill to a final vote. Another is to prevent the ability of a single, anonymous senator to prevent a bill from coming to the floor. Yet another is to force senators who want to filibuster to speak at length.

While Republicans¬Ýprepare to take the House, Republican National Committee chief Michael Steele is fighting to keep his job. On Monday, the Susan B. Anthony List and Americans for Tax Reform will stage a debate between Steele and five candidates who are challenging him. Steele is up for re-election later this month.

On the other side¬Ýof Africa, Southern Sudan is preparing for a January 9 referendum that could see¬Ýthe region¬Ýsplit from Northern Sudan. The referendum is part of a 2005 peace agreement that ended two decades of violence between the North and oil-rich South - a¬Ýconflict that led to the deaths of 2 million people, many from starvation. The impending vote has sparked fears of renewed violence, but Sudan's president, Omar al-Bashir, has said he will accept the results.

About 1,000 people are expected to be evacuated from their homes in the coming days in Queensland, Australia, because of flooding that has covered an area larger than France and Germany combined, Queensland officials say. An emergency management spokesman in Queensland said floodwater is receding in certain areas but is also flooding¬Ýsome towns as it recedes.¬ÝAt least one person¬Ýhas died as a result of the flooding, electricity has been intentionally cut in severely flooded areas and a regional airport is expected to be closed for weeks.

After several months of court-ordered rehab, actress¬ÝLindsay Lohan reportedly is set to check out of the Betty Ford clinic on Tuesday. Fans and critics alike are anxious to learn what the embattled starlet's next career move will be now that she is no longer attached to the Linda Lovelace biopic, "Inferno."

On Wednesday, the public will deliver its verdicts on movies, music and television during the 2011 "People's Choice Awards," hosted by Queen Latifah. More than 35 million votes were cast for the awards ceremony, which aims to reveal the public's favorites in numerous entertainment categories.¬ÝThe show will air live on CBS starting at 9 p.m. EST from the Nokia Theater in Los Angeles.

The German government has today approved the creation of a ‚Ç¨9 ($9.50) monthly public transport ticket. It will be ltwitter.com/i/web/status/1‚Ä¶znxQ
cnni

4:31 pm ET May 20, 2022 RETWEET
The US is expected to keep 100,000 troops stationed in Europe for the foreseeable future unless Russia escalates an‚Ätwitter.com/i/web/status/1‚Ä¶hV
cnni

4:17 pm ET May 20, 2022 RETWEET
One man was taking a shower, and the other had gone to the grocery store. Both managed to survive a Russian missile‚Ätwitter.com/i/web/status/1‚Ä¶5N
cnni

5:11 pm ET May 20, 2022 RETWEET
The German government has today approved the creation of a ‚Ç¨9 ($9.50) monthly public transport ticket. It will be ltwitter.com/i/web/status/1‚Ä¶znxQ
cnni

4:31 pm ET May 20, 2022 RETWEET
The US is expected to keep 100,000 troops stationed in Europe for the foreseeable future unless Russia escalates an‚Ätwitter.com/i/web/status/1‚Ä¶hV
cnni

The Dow fell for the eighth straight week, its longest slide since 1923. The S&P briefly entered bear market territ‚Ätwitter.com/i/web/status/1‚Ä¶pz
cnnbrk