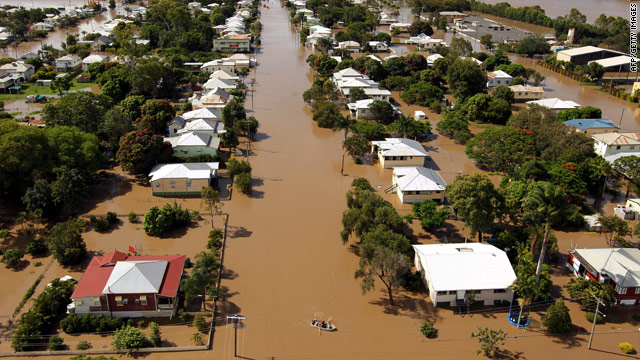 Rising floodwaters cut off the last ground route into the eastern Australian city of Rockhampton on Monday, as police pegged the number of people affected by prolonged flooding at 200,000.

Flooding also put increasing pressure on the southern Queensland cities of St. George and Surat, even as floodwaters receded in the communities farther to the north, including Emerald.

Police said ten people have died as a result of flooding since November 30.