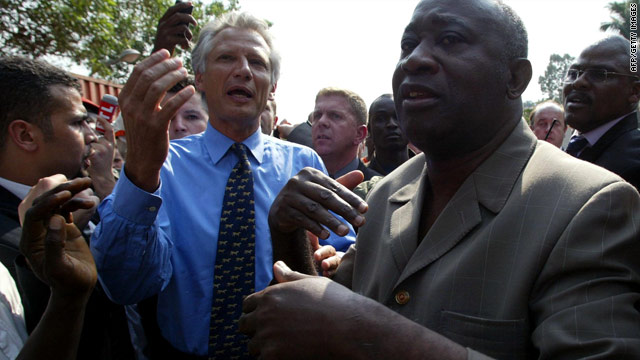 Laurent Gbagbo, right, speaks to demonstrators near Ivory Coast's presidential palace. Gbagbo has refused to step down as president.
January 3rd, 2011
09:36 AM ET

Crisis envoy arrives in Ivory Coast amid threat of force

The crisis stems from Gbagbo's refusal to step down as president after an election which international observers say he lost.

Odinga Sunday warned Gbagbo to step down or face military intervention by his neighbors.