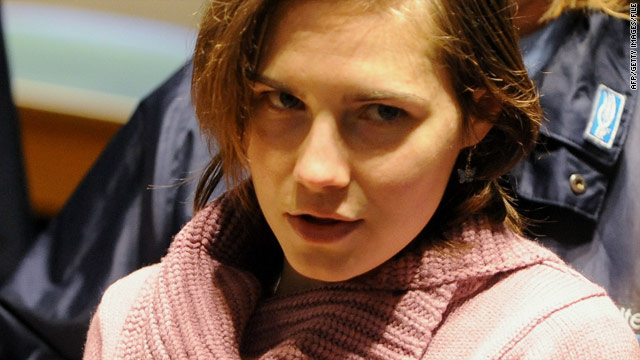 Amanda Knox, jailed in Italy after being convicted of murdering a college classmate, thinks the celebrity status she’s gained because of the case is “ridiculous,” according to media reports.

Hayden Panettiere will star as Knox in a movie for cable’s Lifetime network, according to the KOMO report.

Knox, who was sentenced to 26 years in prison in the 2007 murder of Meredith Kirchner during what prosecutors called a drug-fueled sex game, is appealing the conviction.

Gao Zhi Xiang, a 19-year-old from China, is pleading with Canadian immigration authorities to allow him to stay in Toronto to care for his 8-year-old brother, left orphaned when their mother died of cancer more than a year ago.

Gao traveled to Canada on a tourist visa in late 2009 to visit his dying mother, who had been given legal asylum in the country after fleeing religious persecution in China for being a member of an underground church, according to a report in the Toronto Star.

When Lin Mei Zhang fled China, she took her younger son, Zhi Xin, along, and Canada awarded the boy permanent residency status last year, according to the Star report.

But Gao, who traveled to Canada on a tourist visa that has long since expired, is not entitled to permanent residency.

Zhi Xin will become a ward of the state when Gao is sent back to China as the boy’s other current caregiver is an uncle who is also facing deportation, the newspaper reported.

Gao is to meet with Canadian immigration officials on Tuesday to arrange for his departure. He’s hoping they have a change of heart.

"We just hope that immigration officials will open their hearts and not separate me and my brother. We were abandoned by our father. We have lost our mother. It is just he and I now,” the Star quoted him as saying.

Harold Camping says the end of the world begins on May 21.

The 88-year-old Christian radio network boss from Oakland, California, says he’s applied a mathematical formula to biblical prophecies and that’s what the numbers say: Get ready for the end times this spring.

And what about the Mayans and their calendar that puts the end of the world in 2012?

"That date has not one stitch of biblical authority," Camping told the San Francisco Chronicle.

The paper points out that Camping has been wrong before, once gathering followers on September 6, 1994, to greet Christ upon his return to Earth. Camping told the paper he messed up the math on that one.